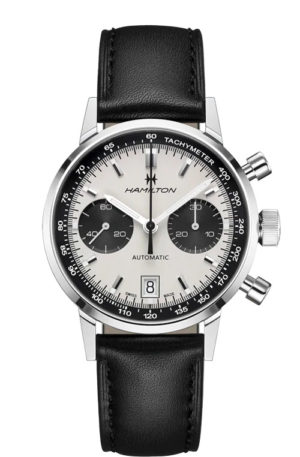 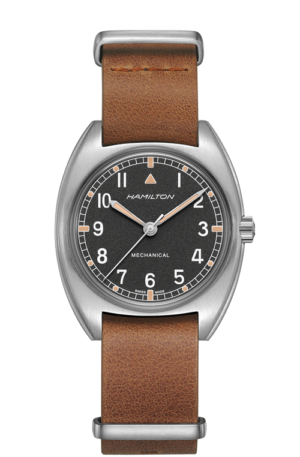 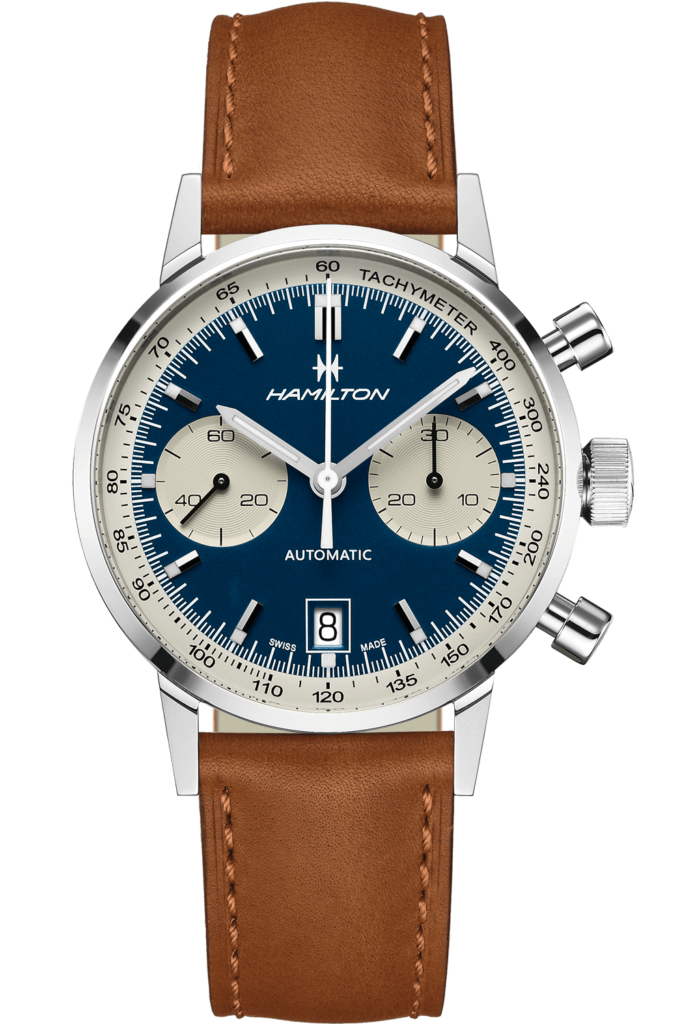 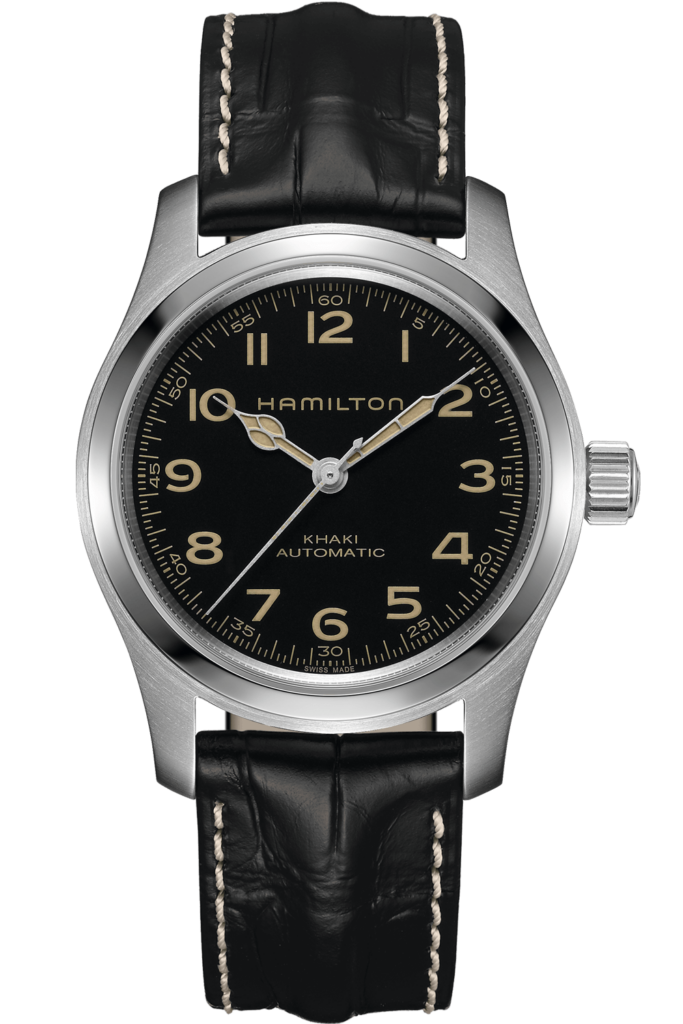 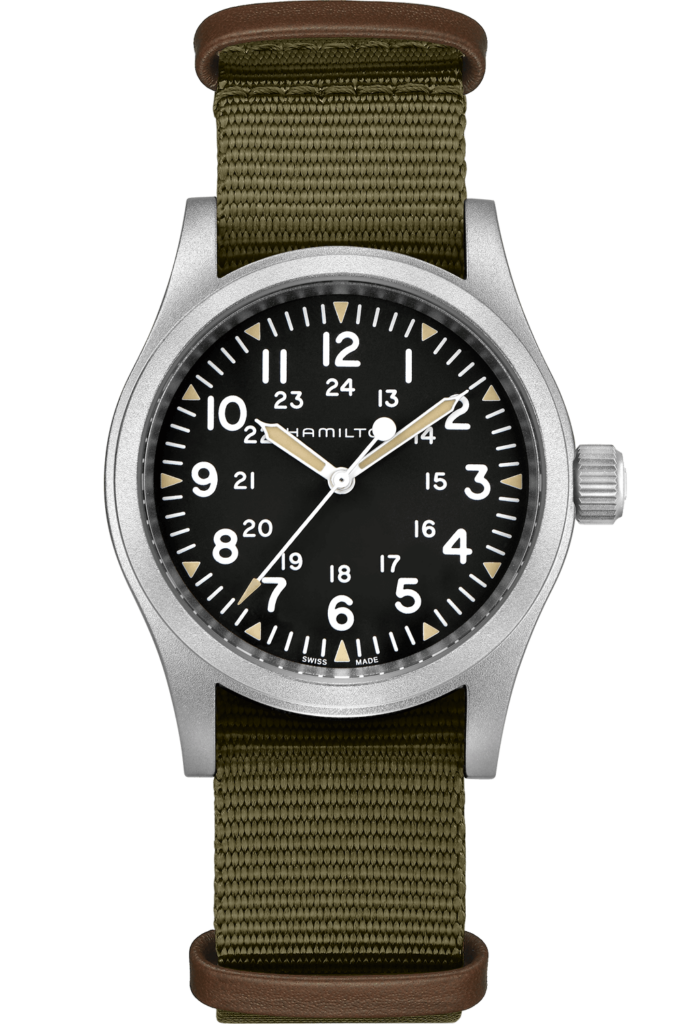 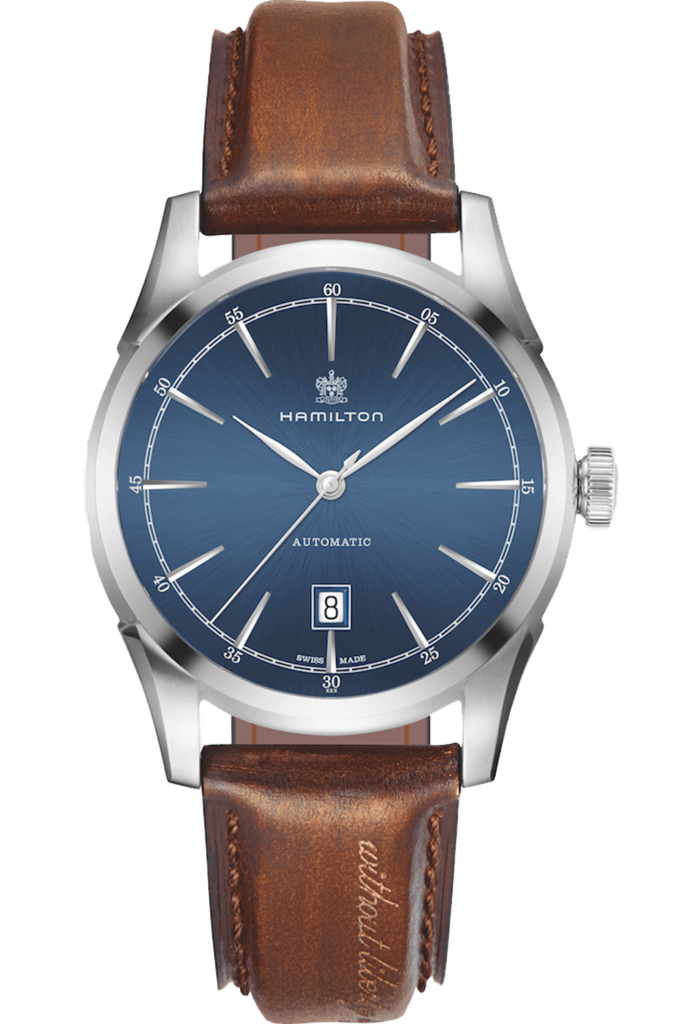 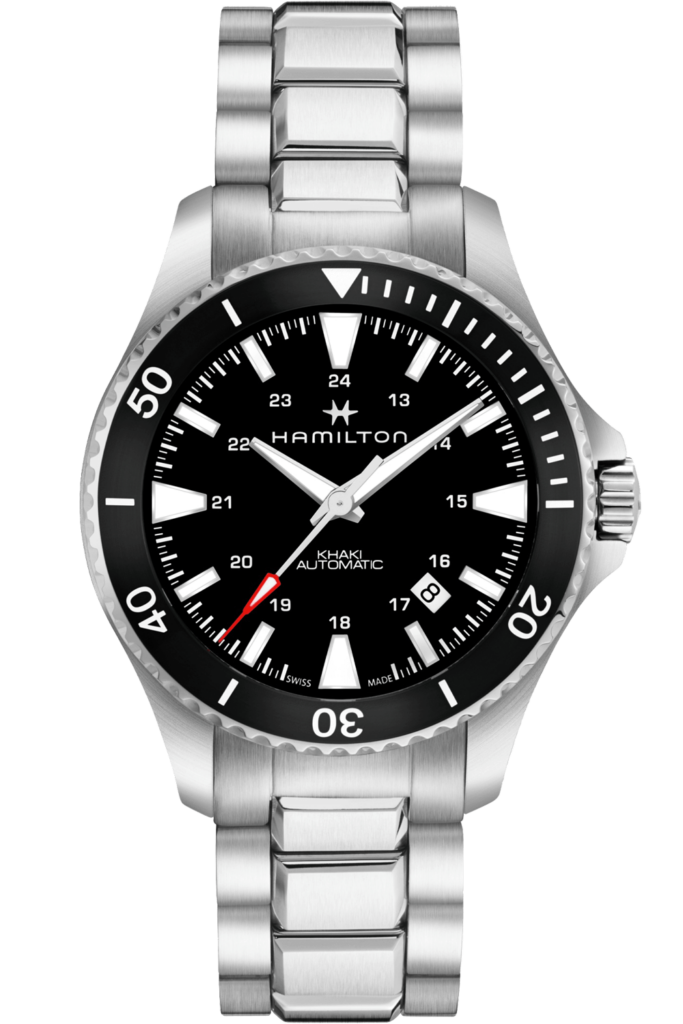 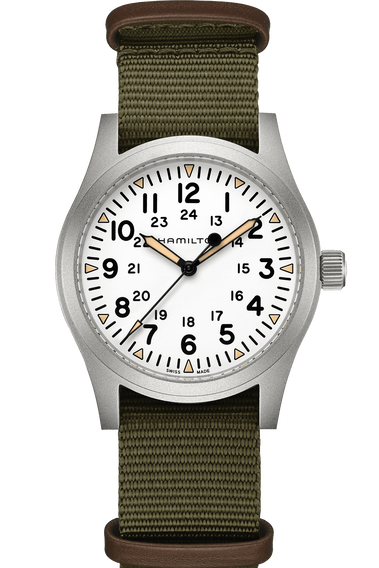 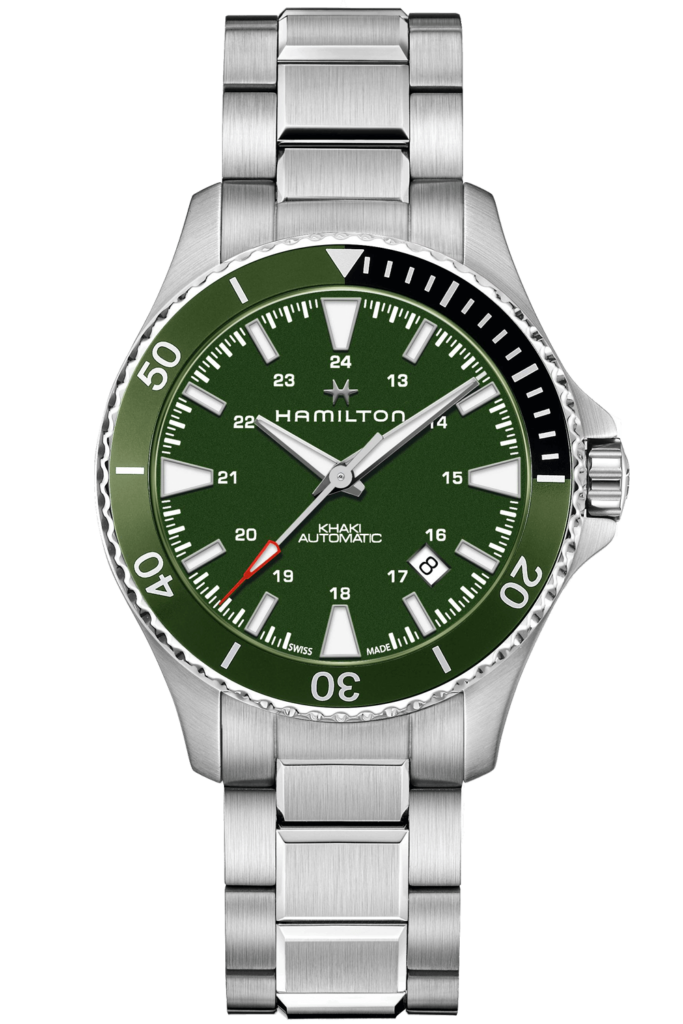 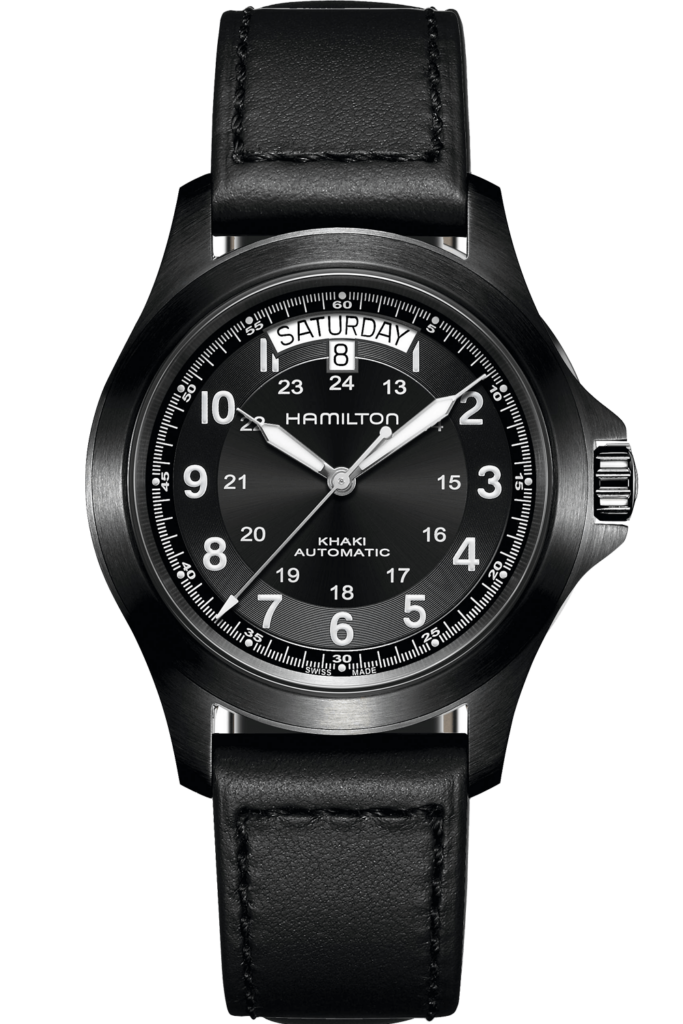 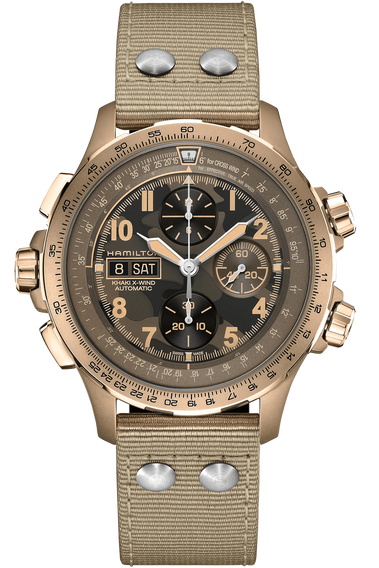 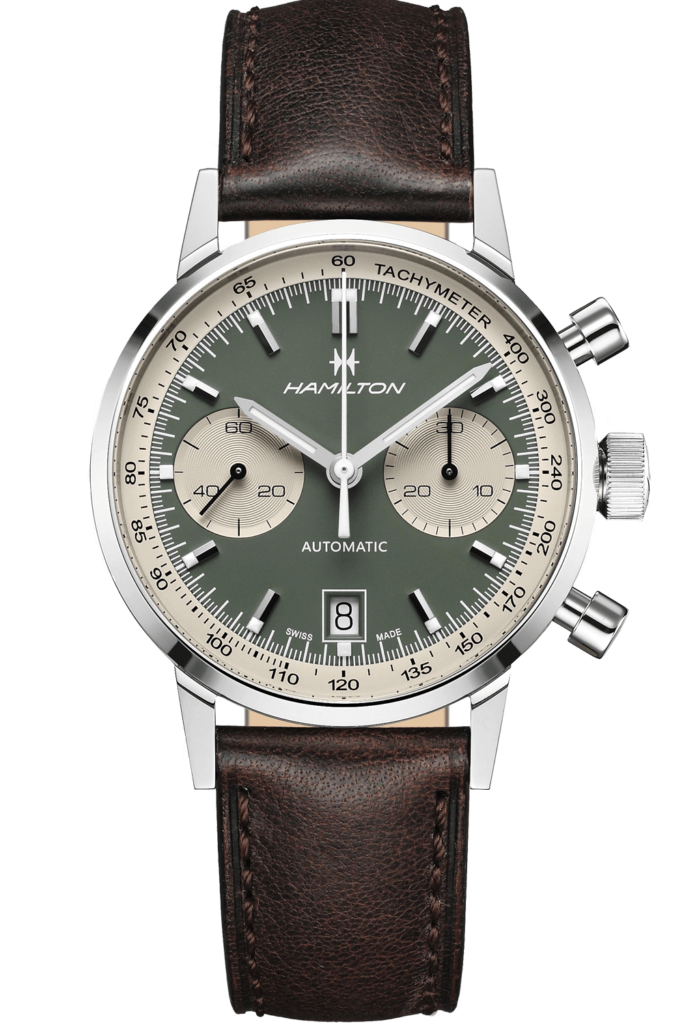 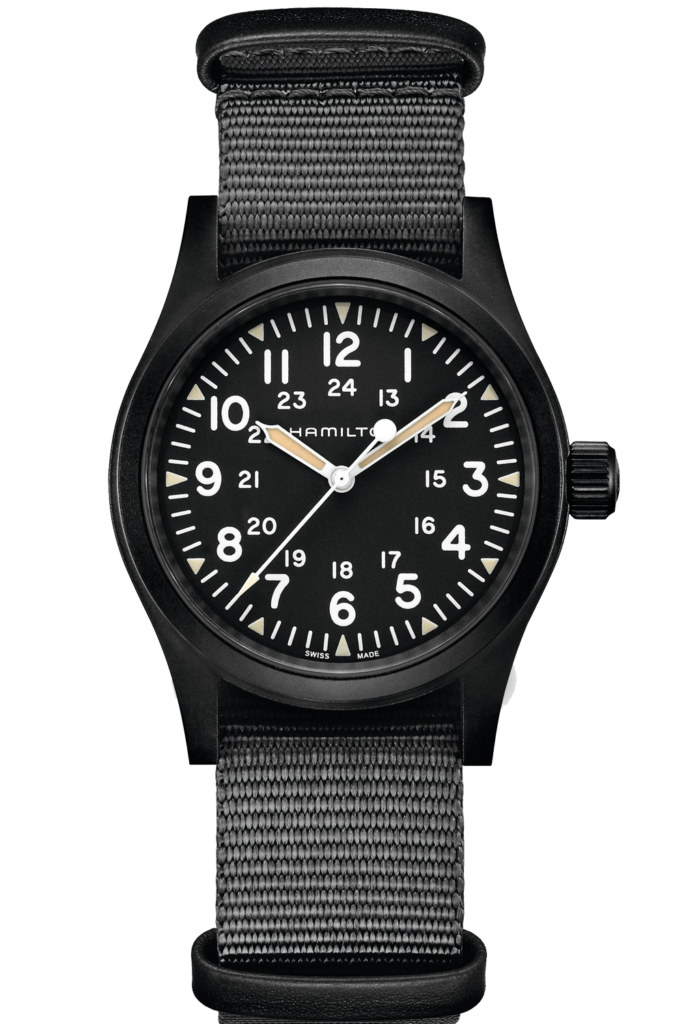 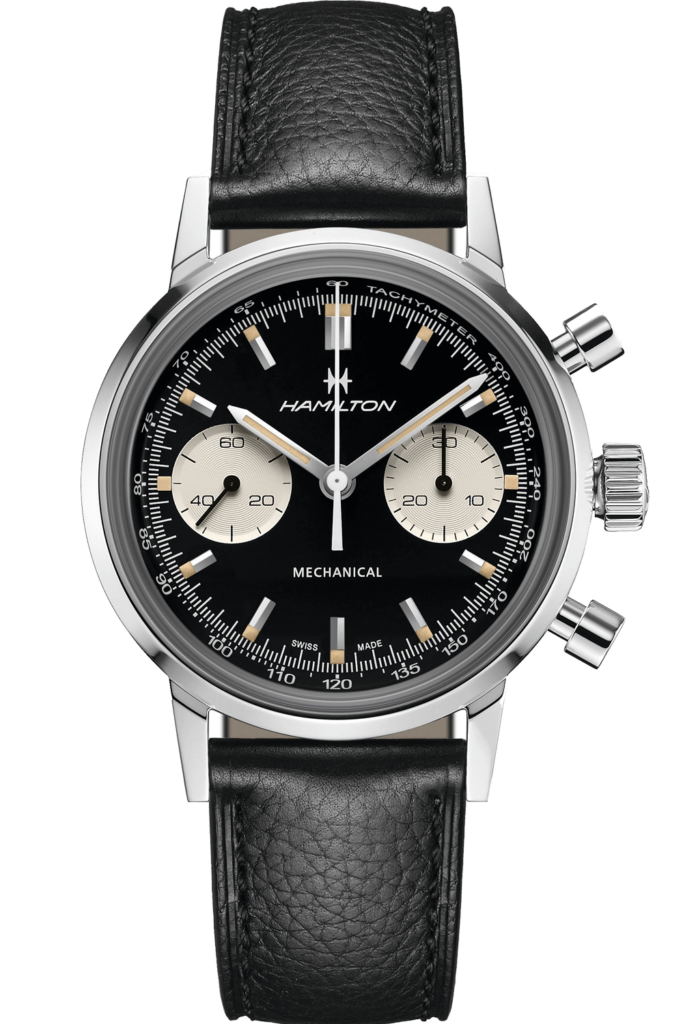 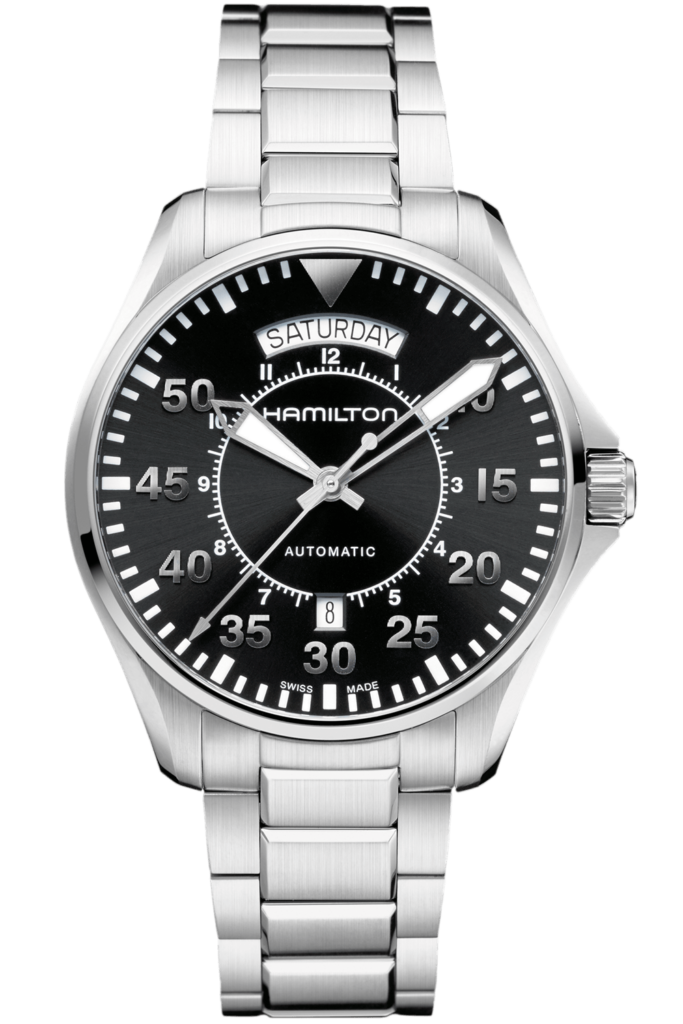 Founded in Lancaster, Pennsylvania but now headquartered in Bienne, Switzerland, Hamilton watches merge an American design language with Swiss watchmaking expertise. Modern Hamilton watches are heavily inspired by the company’s heritage of making military and aviation timepieces, as well as its long history of appearing in movies.

Hamilton watches cover a wide variety of styles for both men and women, ranging from robust tool watches to refined dress timepieces. There are automatic, manual winding, and quartz Hamilton watches available, as well as plenty of shapes, sizes, and materials to choose from. Above all, Hamilton is known for offering strong value with its solid quality, yet well priced, timepieces.

The Hamilton Watch Company was established in 1892, in Pennsylvania, USA — around the time the American railroad industry was rapidly expanding. As such, Hamilton became dedicated to making ultra-precise pocket watches for the railroads, and these railroad-approved Hamilton timepieces were recognized as the best in the business.

Thanks to its reputation for precision timepieces, Hamilton began developing pilot watches during the early days of aviation. In 1918, Hamilton even became the official timepiece of the first U.S. Airmail service. Military watches also became a specialty for Hamilton, beginning with supplying railroad watches to soldiers under the command of General Pershing during the First World War. Notably, these pocket watches had to be converted to wristwatches so soldiers could read them faster. Hamilton continued to supply wristwatches to the U.S. military (including marine chronometers for the Navy) during the Second World War – totaling one million pieces delivered from 1942 to 1945.

Hamilton has long been associated with movies, appearing in classics such as Shanghai Express (1932), Blue Hawaii (1961), and Live and Let Die (1973). Modern films like Men in Black (1997), Oceans Eleven (2001), The Martian (2015), and many others have also shown Hamilton watches on screen. A particularly popular movie-related Hamilton watch is the Khaki Field Murph Auto, which is a recreation of the one worn by Murphy Cooper, played by Jessica Chastain, in the 2014 film Interstellar.

Hamilton watches are appreciated for their blend of craftsmanship, high quality, iconic American designs, and accessible prices. Many of today’s Hamilton watches draw inspiration from the brand’s movie, military, and aviation heritage. Hamilton timepieces represent some of the best value for premium Swiss-made watches in the market.

Hamilton Khaki Field watches are robust military-inspired watches. Most Khaki Field models are designed in the classic army style, which is characterized by mixing both 12-hour and 24-hour markers on the dial.

The Hamilton Khaki Navy collection is home to the brand’s diving watches such as the Scuba and the Frogman. However, there are also vintage-inspired marine watches that pay tribute to the company’s history of making chronometers for the Navy.

The Hamilton Khaki Aviation collection houses the brand’s wide assortment of pilot watches, ranging from military types and vintage re-issues to technical chronographs and sporty GMTs—not to mention a slew of special edition models too.

The Hamilton Ventura watch debuted in 1957 as the world’s first electric watch powered by a battery—more than a decade before quartz watches. To match its breakthrough movement, Hamilton chose a futuristic triangular case, and the Ventura became a favorite watch of Elvis Presley. Modern iterations of the Ventura watch retain the famous triangle silhouette while offering the option of quartz or automatic movements.

The Hamilton American Classic collection is home to reissues and iterations of important vintage Hamilton watches such as the ’60 and ‘70s-inspired Intra-Matic Chrono chronographs, the digital PSR (based on the Hamilton Pulsar, the world’s first LED watch), and the Art Deco styled Ardmore and Boulton models.

The Hamilton Broadway is a collection of sophisticated men’s watches — often featuring striking textures and colors — available in a range of functions such as GMT, chronograph, and calendar.

If you’re located in Willow Grove or any of the surrounding areas in Pennsylvania and New Jersey and are asking yourself, “Where can I buy Hamilton watches near me?” visit Precision Watches, the Hamilton Authorized Retailer, to view a complete collection of Hamilton watches, including an assortment Khaki Aviation, Khaki Field, and Khaki Navy models.